Itineraries to Inspire Your Stay

Centered on our signature immersive experiences, our fully customizable itineraries are crafted to bring your stay at Kinkara Luxury Retreat to life. From the highly physical to the deeply spiritual dive into yoga and meditation, learn about permaculture or enjoy time simply calming the mind on a longer visit to Costa Rica. Alternatively, splash about on a waterfall hike, zip line through the jungle and embrace Costa Rica's many iconic adventures on our doorstep on a shorter stay in the country. 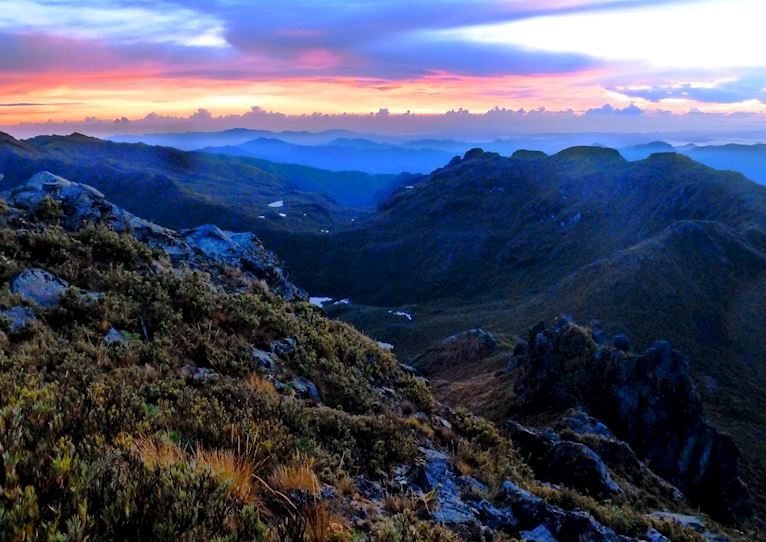 Using Kinkara as your luxury base camp, head into the Talamanca mountains on an adventurous 3-day, 2-night hike up to Costa Rica's tallest peak, Mt. Chirripó. Ascending for two days and descending for one, you'll hike a cumulative 44km across the lesser known trails of the inspiring Chirripó National Park, reaching the range's peak at 3820m above sea level just in time for sunrise.

Day 1
3:30am - Embark on the first 14km leg of your trek, taking you through Chirripó National Park up to Paso Los Indios, located at 3330m above sea level. Camp for the night under the stars.

Day 2
3am - Continue the challenging climb to the top of Cerro Urán (5km up to 3600m) just in time for sunrise before completing your uphill hike to the summit of the famous Cerro Chirripó (6km up to 3820m). From there you'll descend 5km to Albergue Base Crestones for a good night's rest.

Day 3
6am - Your final hike of 14.5km sees you descend to the community of San Gerardo along the park's traditional trails thus completing the trek and returning to Kinkara. 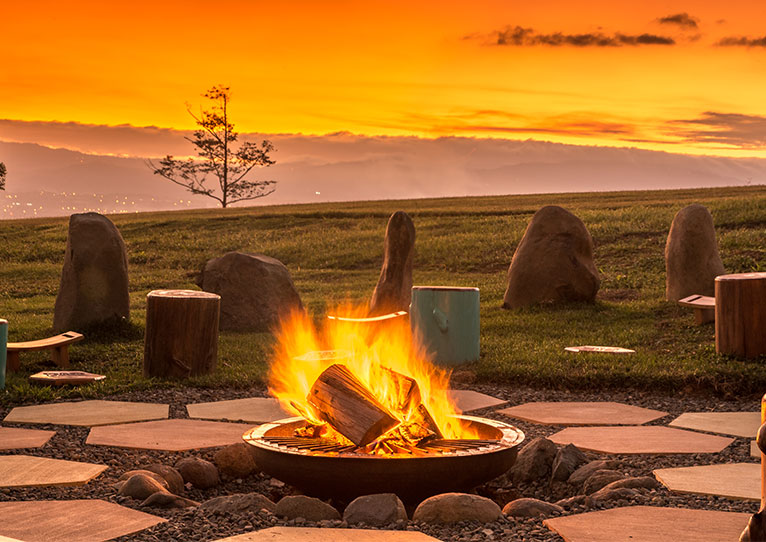 Embrace our atmosphere of adventure on a 3- or 4-night stay designed for high-energy explorers with an appetite for unexpected experiences. You'll discover the hidden corners and natural miracles of Kinkara Luxury Retreat on an immersive mountain bike ride across our hills and Food Forest, take a playful hike through the life-giving "Eternal Waters" that run from Mt. Chirripó through the heart of the retreat and spend evenings relaxing fireside with a nightcap. And for a little balance, you'll complete your stay with a heart-opening cacao ceremony designed to encourage a sense of meditative calm and profound contentment. Customizable itinerary includes: 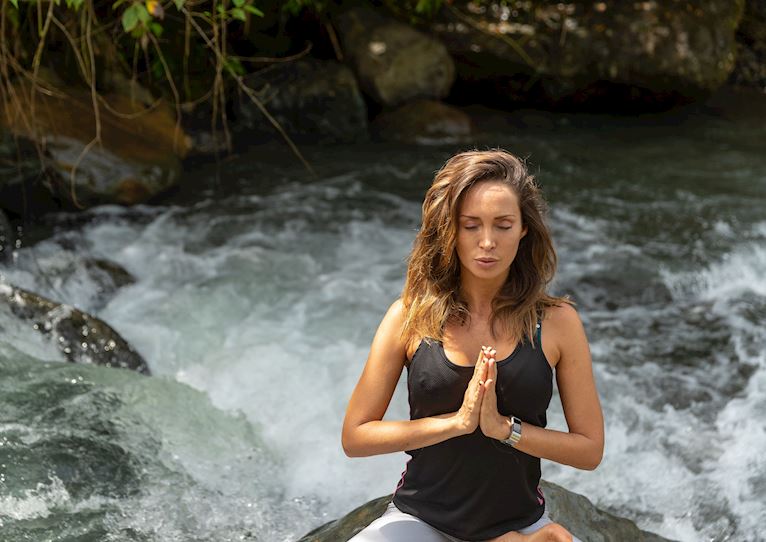 Discover a world of balance and calm on a 3- or 4-night stay specially designed for pure relaxation. Immerse yourself in our wilds to experience the restorative power of nature, and spend a while looking inward under the cleansing stream of our waterfall. We'll help you release your tensions and recharge through sound healing and daily massages and expand your knowledge on a medicinal plant walk or infusion blending workshop. There's no place quite as peaceful as our natural sanctuary. Customizable itinerary includes: 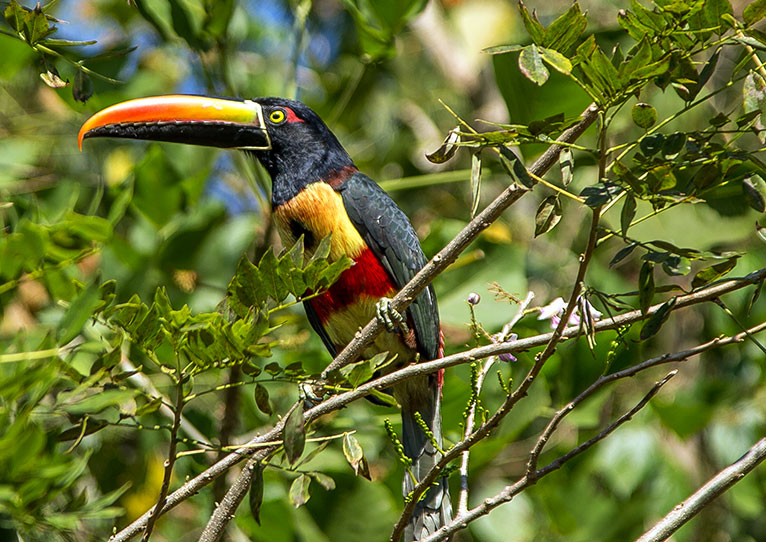 Delve deeper into the natural world of Kinkara Luxury Retreat and beyond on a 3- or 4-night stay designed for those with curious minds. You'll spend a half day exploring our permaculture projects including our Food Forest, Mandala Garden and animal farm, as well as participating in a cooking class with all-organic ingredients you've picked yourself. And when you're ready to venture out, we'll send you off with a pair of binoculars to Los Cusingos Bird Sanctuary to explore 2km of trails and a world of exotic birdlife. Customizable itinerary includes: 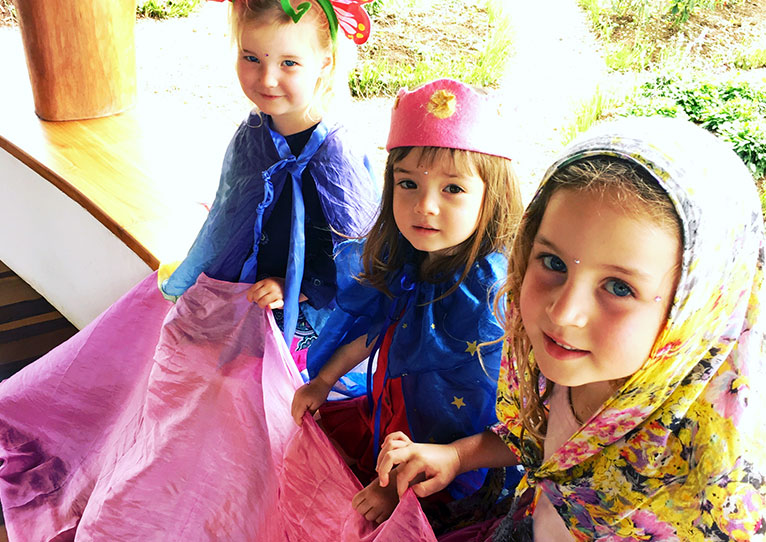 Escape to the Kinkara Luxury Retreat realm on a 3- or 4-night stay designed especially for families to reconnect with the simple joys of discovery. You'll explore the enchanting waterways of our natural sanctuary en route to the waterfall, whose cool swimming holes invite visitors to dive, paddle and splash around. You'll delve into the wonderful world of sustainable farming on a kid-friendly introduction to permaculture that'll take you tasting through our Mandala Garden and up to see our animals. In the evenings challenge the family to a game in Casa Bulú or enjoy toasty treats fireside. And to complete the adventure, you'll experience the nearby cloud forest from its most inspiring angle on a canopy zip line tour through the biodiverse treetops. Customizable itinerary includes: